State Eyewear is a relatively new company that is doing something completely unheard of these days in the eyewear industry. They are making extremely high-quality eyeglass frames, and they are doing it in America. I recently had a chance to get my hands on State Eyewear’s newest collection and have a word with the company’s founder and CEO Scott Shapiro. If you are an eyeglass wearer, you owe it to yourself to read this article.

According to the National Vision Council, approximately 72% of adults need visual correction with glasses; with about 62% actually wearing them on a regular basis. That is millions upon millions of people walking around right now with something on their face to give them sight. People’s glasses are in their selfies, family portraits, even in their high school prom photos. Of the millions who wear glasses, somehow or another the eyewear industry has become a landscape where the only frame options are imported from the far east or from Italy. There are some very high-end European brands as well, but it’s likely that if you or someone you know who wears glasses has a frame, then that frame was made in one of 4 large scale factories far away from America.

High-quality American made products are carving their way back into our culture. It probably started with craft beer or local coffee shops. Slowly migrating to niche clothing and yoga mats, many folks these days are preferring quality goods over mass produced items found at department stores. It’s a wonder that it took this long for a company like State to come along and give people an option. State Eyewear genuinely sets itself apart from the competition in terms of quality, period.

State Eyewear’s price point is right in line with all of the eyeglass “fashion” brands that people tend to think of when trying on glasses. The difference is in the attention to details that make an awesome pair of glasses. They use the highest quality Mazzucchelli Zyl (acetate) that is hand polished by skilled workers in their Chicago based facility. The bridge of each frame is ergonomically beveled and polished to perfection. The temples (arms) are tapered to conform to the imperfect shape of the human skull. They are weighted in the back to add a counterbalance effect to keep the frame from slipping down one’s nose. The attention to detail is so obvious when you pick up any of their frames. My first reaction to trying on a pair was “Why isn’t anyone else doing this?!”

The answer comes down the economics of mass production. All the frame manufacturers today don’t bother with these types of quality features because people are buying their frames without them doing the extra work. There is no point in them paying an army of workers to do work by hand if people are willing to pay for subpar quality.

What Is A Pair Of Glasses Worth To You?

State Eyewear’s founder Scott Shapiro stresses that the price of their frames is not dictated by the fact that they are “Made in the USA”. Though he is supremely proud of the work his team of craftsmen does. Rather, he points to the fact that for the same amount of money you would spend on a traditional “luxury” frame, you receive such a better product in terms of quality, comfort and style. The fact that they are made in America just kind of serves as icing on the cake. Speaking of style, State Eyewear frames look amazing. The color blending they achieve through small batch production is absolutely stunning. Some of their frames achieve a stained glass effect where natural sunlight will highlight hidden streaks of color. They have traditional black and tortoise shell color offerings as well for those not daring enough for a splash of color.

See Your Frames Come To Life

State Eyewear is proud of it’s Chicago heritage, each frame model is inspired and named after a street in America’s 3rd largest city. Scott is proud to point out that at the end of each frames arm are 21 individually drilled and holes to symbolize Illinois being the 21st state; a very nice touch! If you wear glasses, you owe it to yourself to try on a pair (or five) of State Eyewear frames. It might be the best pair of glasses you have ever put on your face. Every person who purchases a State Eyewear frame gets an open invitation to a free factory tour as well!

To learn more about the story of State Eyewear, visit their website https://stateopticalco.com 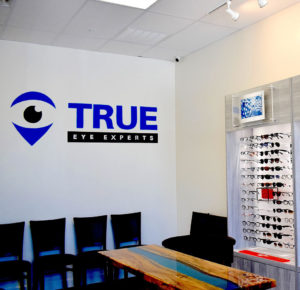 Blue Light and Your Eyes